Every year, I'm exchanging "best of the year" emails with my brothers where we discuss our favorite discoveries. I decided to make mine public from now on, maybe it will help somebody will discover something they like that they didn't even hear about before.

For those who just tuned in - this isn't always stuff that was released in 2016. I'm not cool anymore, so it can take a while for a product to get to me.


It didn't occur to me until I started this list, but this year, all my top picks in each category somehow pertain to boys growing up or to the reality of adulthood, very likely subconsciously chosen on account of me sliding straight into my midlife crisis after hitting 40.

Let's start with the artist name and title. That alone sets the stage for a raw, untamed experience, which is further fed by the simple arrangement and use of bongo drums. But the haunting lyrics about the false dreams of manhood and suppressed ultra-masculinity really come to live with Tom Fleming's deep bass clef. I suggest checking out the acoustic version to really appreciate the timbre of his voice.

Every line of Hayden Thorpe's lyrics expresses this deep longing for being an alpha male, with many direct references to WWE. "I am the thing you fenced in / I'm ten men." - my midlife crisis is tingling like crazy right now.

Now this is a track from 2014. If I need to stick to 2016, then look at their new album, Boy King, which is equally great. My favorite track would be Dreamliner.

My opinion of today's hip-hop is well documented. I sound like an old man, but I can't help it that music today sucks compared to back in the 90s from artists out of the 562.

Luckily, The Internet is billed as a hip-hop band, so I can say I'm still down with today's hip-hop! Okay, they're also classified as neo-soul and alternative R&B, but who cares. Their music is great - a good mix of an edgy arrangement with sometimes soft, even whispering vocals, all flowing beautifully together. Each song on Ego Death has its own little flair, but Girl is my favorite, probably followed closely by Something's Missing.

Steven Zhu finally released his first album, with a flowing dance rhythm that permeates most tracks. Check out "One Minute to Midnight" and of course "Numb". His self-declared mission is to diversify music beyond black and white, and I for one welcome his catchy beats and varied vocals.

I like João Barbosa's work, it's a great blend of African zouk and modern synth sounds with great vocals by Nonku Phiri. It falls a bit apart during the chorus, her switching to English takes away the mystical sound of her Zulu (or Xhosa?) verses - it reveals the underlying blandness of the song. It's overall still a nice track. Bonus for the music video shot in Joburg.

This one is from 2014, but I felt like I had to add it. I discovered the live version of this song, which is notably superior to the studio recording. I never even heard of the Boxer Rebellion before, a London-based band (although Nathan Nicholson is originally from Tennessee) with a blend between rock and Radiohead-style electronica.

This is a movie scientifically engineered to satisfy my taste: All black cast - check. Coming-of-age story - check. Set in a gloomy environment of poverty, drugs, and crime - check. The movie walks at a slow, deliberate pace (sometimes a tad bit too slow) and explores three stages in the life of Chiron, growing up in an unwelcoming environment, ostracized by his peers, with no help from his drug-addicted mother as he slowly comes to terms with his own personality and homosexuality.

The introverted Chiron barely says anything (to a point where others pick on him for that), and a lot of his communication is done non-verbally. Most of the actors are relatively unknown (in fact, this is the first credited role of Alex Hibbert, who plays the 9-year-old Chiron), but their expressions and body language speak volumes. Big credit to director Barry Jenkins for that.

It's also a great-looking movie - cinematographer James Laxton combines the pastel colors of Miami and the beautiful nature of both the turquoise ocean and green landscape all with a harsh, contrast-heavy look. The very first shot, a long and elaborate Steadicam move, sets the scene. The movie is based on a play called "In midnight black boys look blue", and this sentence is, as you would expect, beautifully visualized. 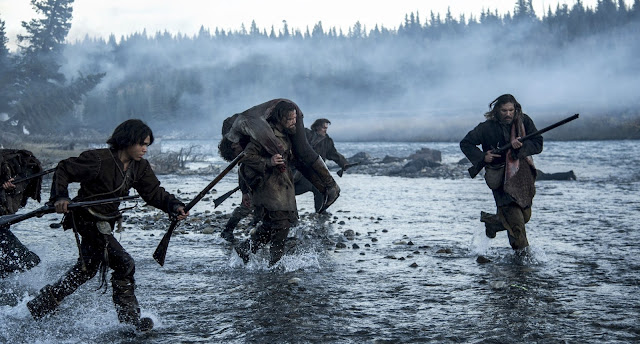 The story has been mocked quite a bit - Leo gets mauled by a bear. Leo has to endure cold. Leo has to eat raw meat. Leo gets an Oscar for that.

Despite the simplicity of the story, it's still a great spectacle. I'm a big fan of Iñárritu's movies, I loved that "three intertwined stories" thing he did for a while, Biutiful was amazing, and now he's going into Cuaron's territory with long, extremely elaborate shots with a million things happening on the screen, carefully choreographed and executed.

It's a 2 1/2-hour exercise in beautiful cinematography and great direction that convey the icy, hostile landscape Hugh Glass is trapped in. It gets a bit silly sometimes (like when the still-recovering protagonist manages to outrun a bunch of armed people on horses), but it's really about the presentation of the film, everything else is secondary. 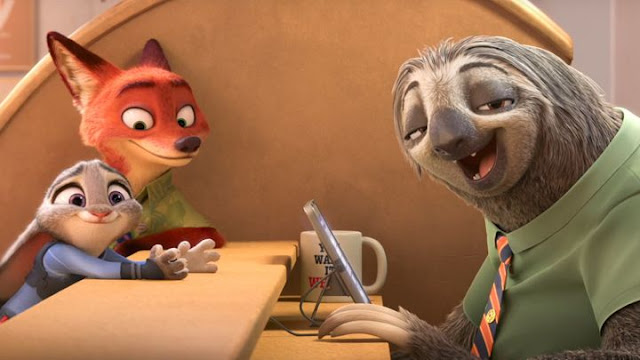 Not surprisingly, the majority of movies I saw in theaters this year were kids movies. They were actually all pretty watchable (like Sing, Storks, Secret life of pets, etc), if a bit formulaic and hollow, but Zootopia stood out with its commentary on racism and generally all-around rock-solid execution: Great characters, gorgeous locations, well animated and genuinely funny.

The other movies were good but forgettable with no lasting side effects, this is one I wouldn't mind seeing again. There is a lot to be gotten from it, and a lot more underneath the surface to discover.

All That Man Is

David Szalay's book explores nine different vignettes in the lives of nine men, starting with a young 17-year-old backpacker traveling through Europe who can't find pleasure in the various sightseeing attractions he had been looking forward to see. By story #5, we're looking at a journalist in his 40s at the top of his game, spending almost all his time getting that perfect story while neglecting his family and trampling over his friends, until we see a man in his 70s (irrelevantly the grandfather of the boy in the first story), who is slowly coming to terms with both his mental and physical capabilities falling apart.

The stories are all very low-key - no big events, no explosions, no major spectacular actions that will forever change the lives of people involved. Some stories deal with turning points - a man in his 30s realizing that his girlfriend is pregnant and, to her shock, openly expressing his unhappiness, a wealthy man in his 60s hitting the point where his entire estate is going under, but overall, each story is just a little window into the lives of very different people.

As you could probably already gather from the descriptions, everybody seems unhappy in their own way. No matter how rich, and how poor, and where (the stories span over 12 European countries), each protagonist exudes a sense of either loneliness, sadness, despair, or failure. But the author did gleeful point out in an interview that the journalist in story #5 at least find happiness in his job, so there's that.

The book may be a bit too uneventful for some, but I liked the overall experience of going through the various stages from adolescence to retirement and seeing a random glimpse at each point.