Posted by EboMike on July 26, 2016
Remember my previous post about doing research? Here's a prime example to show you to what lengths I go for... well... for... no real purpose at all. 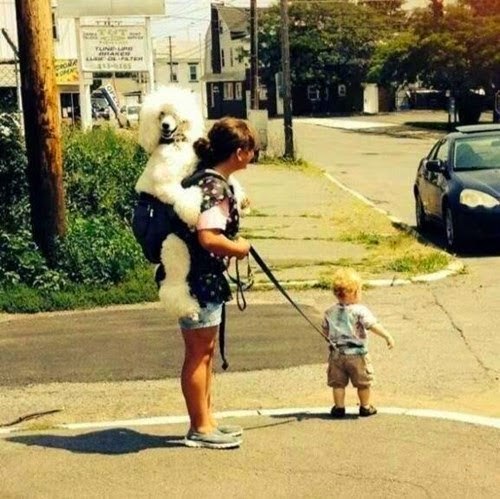 I'm sure you've seen it in your favorite social media feed. You saw it, ha-ha, funny, and moved on.

For some reason however, I had to find out where this scene took place in. After all, this could have afforded me a chance to make fun of the South again.

When you find these viral images, they usually have been stripped of any usable information whatsoever by the time they reach you, or worse still, they may have some useless commentary tacked on with incorrect information to promote some agenda. Also, most social media sites strip off EXIF data, so even if it was taken with a cell phone that had GPS tagging enabled, you won't find it when analyzing the image.

So you need to do it the old-fashioned way - by looking for clues in the picture. For that, a higher resolution is helpful, so your first order of business is to find the highest quality version of this image. That's easy - right-click in Chrome, "Search Google for this image", and you'll get a long list of all the people who decided to re-host the image. Find the one with the highest resolution.

Now in this image, there's not much to see at first sight. The license plate of the car is unfortunately outside the frame. It does look like a scene set in the US, in a smaller city outside a metropolitan area.

The most promising clue of course is the sign in the back, and if you find a higher resolution image, you can kind of make out the logo on top, which looks like T&T, possibly T&T towing. There's also a phone number, but of course without the area code, because that would be too easy.

Looking up T&T towing, you'll quickly find their website, and the logo matches the one on the sign! But we have to be sure.

The phone number on the sign is not perfectly legible, but when comparing it to the number on T&T's website, it's pretty clear that it's the same. So this is definitely the T&T from the website, and there's even a street address!

The address is on Main St in Cohoes, NY. Great, upstate New York, there goes my attempt at talking trash about the South. But we still need to make sure this is actually the right address and not just a random advertisement. So it's time for Google Street View.

At first, Street View isn't conclusive - we do see tow trucks with the T&T logo on top, but this particular street doesn't seem to be nearby - it's a small road with a telephone pole and a green patch, with the sign in the background on the left side of the street.

Since the towing company might take up quite a bit of space, we need to check the surrounding area. Since T&T is on the Eastern side of Main St, it would seem logical that the picture was taken from Howard St facing down, that would put the sign on the left side. But a quick check reveals that it's not the case.

After circling the area a bit and disregarding those areas with crosswalks painted on the street (there are none in the picture above), you'll get to it - 46 Columbia St, looking East! Street View even shows the very same car that's on the picture!! 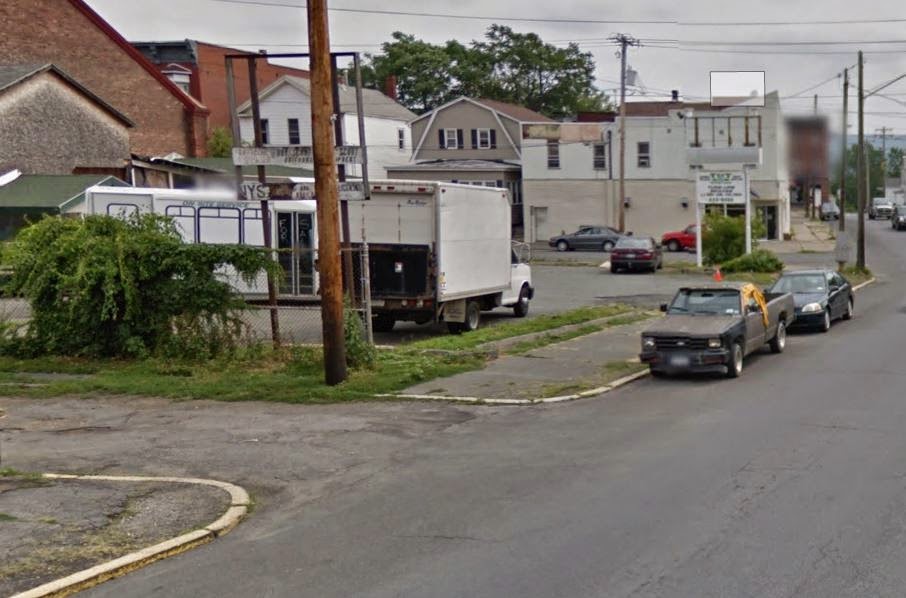 I know what you're thinking - what the hell was the point of this? Answer: To keep your mind sharp. Learn to research. Doing research is essential in the 21st century where misinformation and half-truths are being spread like stupid. You'll be exposed to countless pictures and statements. People have realized that social media can be used to make their own made-up truth go viral.

Information is a powerful weapon. Wield it. Don't be a dumbass and let other people tell you what to think.
lmgtfy puzzle research

Point-and-click adventure games were a refined art form in the 90s. Sierra, Lucasfilm, and Delphine would crank out games with elaborate stories, great puzzles, and gorgeous backdrops. Sierra was known for its biting humor and frequent unpredictable deaths (in Space Quest III, if you just happened to pick up a piece of metal on the very first screen, you'd bleed to death). Lucasfilm took the opposite way and tried to avoid any kind of dead end, frequently mocking Sierra in the process. Delphine had nice tech, great music by Jean Baudlot, although its pixel hunting sucked (some objects had miniscule hotspots that were frustratingly hard to find, and missing them would steer you into a dead end many hours of gameplay later). The genre slowly died out towards the next millennium to the point of near extinction, and I was excited to see that two point-and-clickers popped up in the past few years! Better still, one of them was helmed by Ron Gilbert, the mastermind behind many of the