For fuck's sake, Google is not "secretly" tracking your location

Posted by EboMike on August 25, 2014
Another day, another super-secret conspiracy exposed through the powers of social media. As the fearless sleuths of the Internet have discovered, Google is quietly tracking where you are!

I'm not even surprised anymore that this started yet another wave of fear-mongering and whining.

Okay, here's a clue... it's a feature. A well-advertised feature. It used to be an easily accessible option in the old version of the Google Maps app, and anybody who had the sense to check their Google Dashboard would immediately see the "Location History" section. 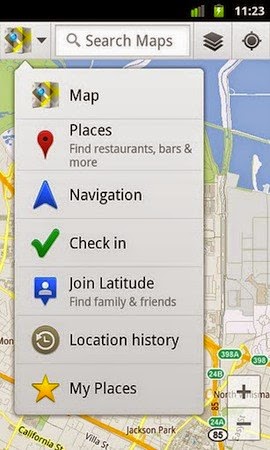 Oh yeah, and you could check the system settings of your phone under "Location" to find the option to disable it: 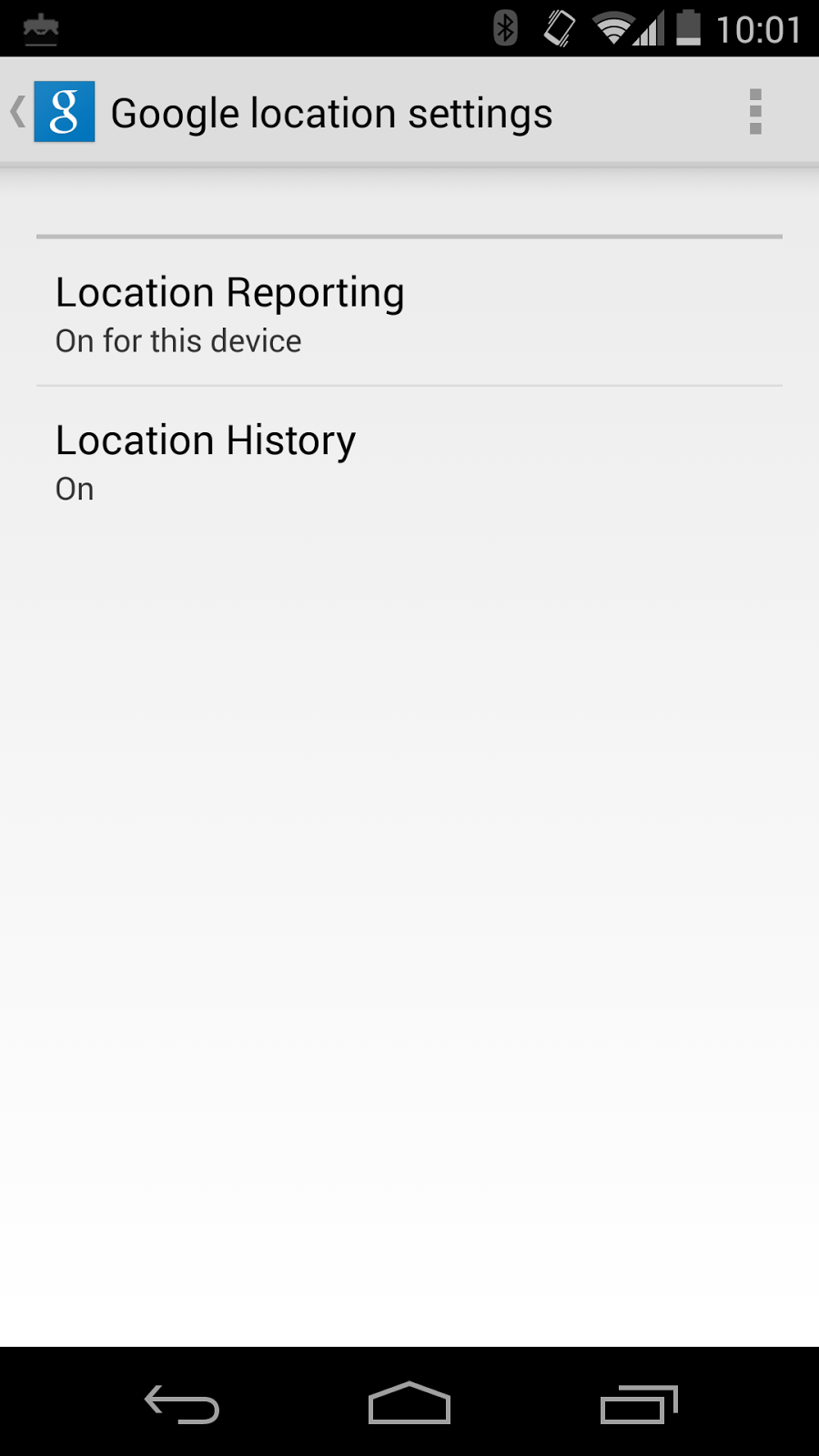 Android phones even ask you when you boot them for the first time whether or not you want location-based services enabled.

It's actually a cool feature - I'm a sucker for data and record-keeping, so it's nice to have this information available. Also, you can choose to let Google Now use that information to make predictions for you. Every Tuesday before noon, for example, Google Now automatically tells me how traffic to the gym is, since that's where I'm typically headed at that time. You think it's creepy? Then turn it off and shut up.

Social media can be great and all, but it intensifies the problem of artificial mass hysteria, especially in this day and age where people cannot be bothered to do even the slightest bit of research and don't even read the comments of a post before writing something dumb of their own that was already refuted a few lines above. Some people apparently only have write-only access to the comment section.

Here is a pretty accurate recreation of a post I recently found. I don't even remember what it was about anymore because it was so fucking stupid: 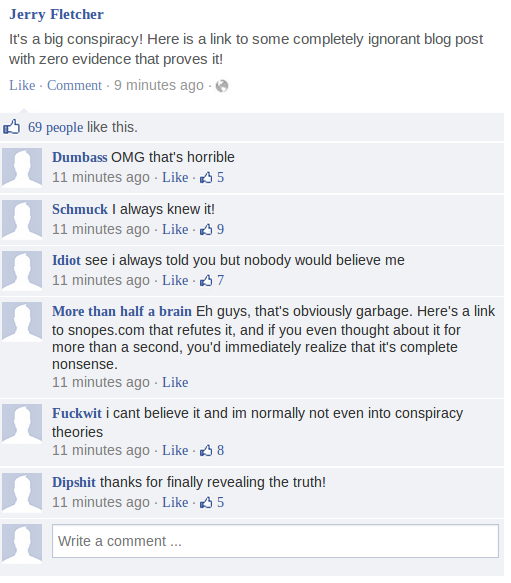 Except in real life, there were 3 comments of reason to every 20 comments of bullshit. Which is scary, because now that any schmuck from the street can spread a rumor fact, what's out there on the web is less reliable than ever. At the same time, people are more and more complacent to take everything they read as fact. At least as long as it jives with their beliefs and opinions.
conspiracy fuckwits google maps location history tracking

Point-and-click adventure games were a refined art form in the 90s. Sierra, Lucasfilm, and Delphine would crank out games with elaborate stories, great puzzles, and gorgeous backdrops.

Sierra was known for its biting humor and frequent unpredictable deaths (in Space Quest III, if you just happened to pick up a piece of metal on the very first screen, you'd bleed to death). Lucasfilm took the opposite way and tried to avoid any kind of dead end, frequently mocking Sierra in the process. Delphine had nice tech, great music by Jean Baudlot, although its pixel hunting sucked (some objects had miniscule hotspots that were frustratingly hard to find, and missing them would steer you into a dead end many hours of gameplay later).

The genre slowly died out towards the next millennium to the point of near extinction, and I was excited to see that two point-and-clickers popped up in the past few years! Better still, one of them was helmed by Ron Gilbert, the mastermind behind many of the ic…

If you're following me online at all, you may have noticed that I'm into these obstacle races like the Spartan Race and Tough Mudder (and I'd like to say that "I did them before they were cool").

I have to admit that the mud runs are brilliant. They cater to two large groups of the population: The first one being people who feel tough and want to validate themselves - military, Crossfitters, etc. The others are desk jockeys who try to let out the primal side in them that they think they have - very much like Chuck Palahniuk's Fight Club, except with the thick hint of irony that they spend a lot of money in order to escape consumerism. In the end, these mud runs are essentially money printing machines.

I'm making fun of them, but I'm not denying that I love them. I fall smack into the second category - despite spending most of my time sitting at a desk, I get a big kick out of climbing over a big wooden structure using a rope and saying to myself "…

Every year, I'm exchanging "best of the year" emails with my brothers where we discuss our favorite discoveries. I decided to make mine public from now on, maybe it will help somebody will discover something they like that they didn't even hear about before.

For those who just tuned in - this isn't always stuff that was released in 2016. I'm not cool anymore, so it can take a while for a product to get to me.


It didn't occur to me until I started this list, but this year, all my top picks in each category somehow pertain to boys growing up or to the reality of adulthood, very likely subconsciously chosen on account of me sliding straight into my midlife crisis after hitting 40.

Let's start with the artist name and title. That alone sets the stage for a raw, untamed experience, which is further fed by the simple arrangement and use of bongo drums. But the haunting lyrics about the false dreams of manhood and suppressed ult…